Why you should employ veterans

Some of the biggest veteran employers in the UK feature in three short films, now available to view on the Veterans Work website.

Also starring celebrities including Joanna Lumley, 'Judge' Rob Rinder and Ray Winstone, the films highlight the skills veterans can bring to employers, and some of the barriers that need to be overcome for them to secure new, fulfilling careers when they leave the military. 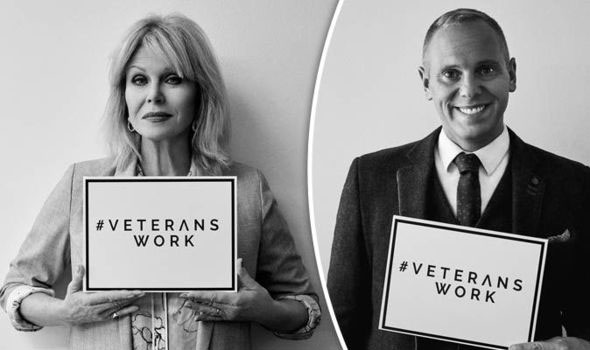 The films have been produced by The Drive Project and take their name from a recent study undertaken by Deloitte, the Officers' Association (OA) and the Forces in Mind Trust, that found that whilst nearly 2,000 British businesses that signed the Armed Forces Covenant, many are failing to benefit from veterans' potential.

71% of surveyed organisations said they would consider recruiting veterans, but just 39% would employ someone without industry specific experience, which disadvantages veterans who have only known military service.

Additional polling by Deloitte and the OA revealed that civilians had a 'chronic lack of understanding' of veterans and their needs.

Of 2,000 British adults surveyed, 65% of respondents thought veterans would probably suffer from physical, emotional or mental health issue such as PTSD, despite Government statistics showing that only 4% per cent of Service leavers suffer from the condition.

Joanna Lumley, actress and daughter of a former Royal Gurkha Rifle Officer, said "I think that people who've served our country - whether land, sea or air, deserve the greatest protection and affection and support that we can possibly give them. The idea that they leave service and then find themselves cut off at a loose end. These are the people you want, they know everything! They can do everything, they're punctual, they're use to hard work, they take responsibility - they are just the people you need."

There are an estimated 2.6 million 'Armed Forces veterans' in the UK. Of that, 900,000 are estimated to be of working age, but one in five people aged 18 to 34 most associate the phrase with retirement.

Deloitte Partner and Head of the company's ex-military employment programme, Chris Recchia, said: "With no formal A-Levels or degree, but 13 years of military service, someone took a gamble on me 17 years ago. I'm proud to say I am now a partner with a firm that is part of the world's largest professional services network.

"Since we started our ex-military employment programme at Deloitte, we have employed over 200 veterans, all of whom have flourished and all of whom I can say unequivocally, have made a significant contribution to this business's bottom line."

Watch the business case for employing Veterans and why ‘Military is good for business’:

"Some of the statistics show a chronic lack of understanding of those leaving the military which is troubling, but hopefully these films go some way to promoting the transferrable skills and benefits veterans can bring to civilian employers." Chief Executive Officer of the Officers' Association, Lee Holloway