Veterans to keep military ID, easing their access to services

*We aim to launch phase 2 to the wider veteran community, as soon as is practical, enabling existing veterans to apply for a card. Information on how to apply will be released closer to the phase 2 launch date.*

Service personnel leaving the Armed Forces are now able to keep their military ID, known as the MOD form 90, and use it in their civilian life, Minister for Defence People and Veterans Tobias Ellwood has stated. 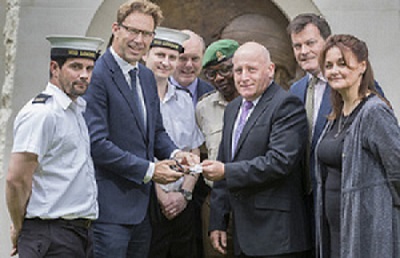 The move will help veterans maintain their emotional ties with the Armed Forces, and to be identified easier as veterans in their day to day life.

Veterans will avoid lengthy checks to identify themselves when accessing government and third-sector support.

The corners of the military ID will be cut to show the card is no longer valid. This is to ensure security at bases and other sensitive sites.

This move is part of a wider government review of veterans’ policy and provision. A new veterans' strategy will be released in the autumn.

Minister for Defence People and Veterans Tobias Ellwood said: “Our Armed Forces give their all to keep this country safe and leaving the military can be an emotional time.

“That’s why I’m delighted that people leaving the Armed Forces will be able to retain that emotional connection with their service by keeping their ID card. Retaining their ID card will also make it easier for veterans to access the many public services which prioritise veterans under the Armed Forces Covenant. So this is a small change that I know will make a big difference.”

Service leaver Col David Madden said: “My ID card is more than just a piece of plastic with my photo on, it signifies my service and marks my time in the Armed Forces. Whilst it might seem like something small, keeping my card will make a practical difference by allowing me to verify my service to my GP surgery and local authority.”